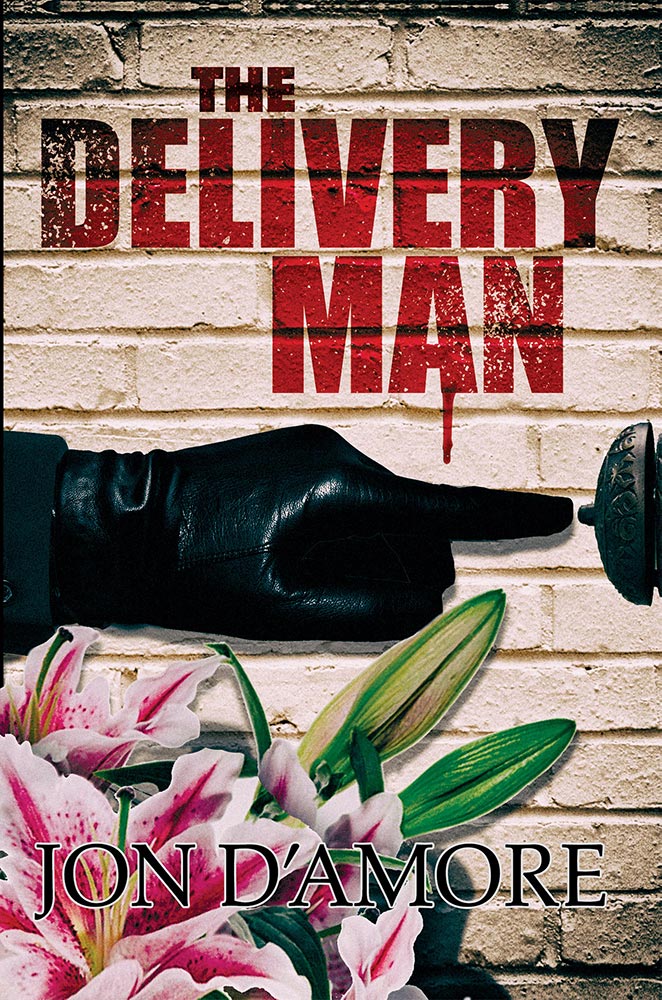 “To understand the meaning of one story,
you must often know the details of several others.”
Italian Proverb

When a man with a conscience bent on revenge rids society of those who destroy the lives of innocent people, is he a criminal, a hero…or The Delivery Man?

The doorbell rings. You answer it. The handsome man holding a bouquet asks your name. As you answer, he pulls out his pistol and puts a bullet in the center of your forehead.

If the Delivery Man pays you a visit, it means you did something despicable to someone who trusted you, and now it’s time to pay.

The FBI determined that the same gun was used in several hits across the U.S. and Asia, and Special Agent Pai Lee Valentine of the Serial Homicide Division is assigned to hunt down the maniacal assassin.

Doggedly profiling her prey, she finds he’s not the serial killer or homicidal maniac her superiors think he is.

But the fact remains, it’s Valentine’s job to bring him in…or kill him.

Unexpectedly, Valentine is thrown into one action scene after another; a Los Angeles shootout, a quick-action helicopter and missile attack to eliminate the head of the Vietnamese underworld, and thwarting two terrorist bio-gas attacks on American soil.

As the Delivery Man reveals the deeply impassioned motives behind his murderous spree, you’re suddenly cheering him on and looking forward to seeing him track down his next victim.

Is he a criminal…or a vigilante? Valentine must make a choice. Does she arrest him for the murders, or let him continue to eliminate those that deserve it?

It’s between the letter of the law…justice…and her heart.

The Delivery Man is a cleverly woven action thriller and murder mystery interlaced with just the right amounts of revenge, espionage, romance, humor and deceit. It’s truly an All American Story.

Get your Delivery HERE

Back cover blurbs for The Delivery Man

“Intrigue! Romance! Espionage! Topical current events! A hint of humor! Once again, Jon D’Amore’s characters are those you root for and against on every page. I consistently found myself smiling, nodding and saying 'I think I know these guys.’ Men and women who are good and bad.and some who are both. I enjoyed it all and will be waiting for the movie!” - James Toma, retired 30 year Law Enforcement veteran

“A tough read for anyone who’s ever been sent to the cleaners by the judicial system. Not too complimentary about us lawyers; but it never seems to be. In The Delivery Man, Jon D’Amore delivers another shocker of a storyline. No mobsters in this one, but a cast of characters who make mobsters look like choir boys. By the way, for all of you who have never married, this will convince you to stay that way. A quick read with a lasting impact.” - Bruce Schwartz, Attorney, Beverly Hills, California

“Jon D’Amore reminds us that 'bad guy’ is a relative term, and sometimes it’s 'the victim’ who deserves getting whacked.just sayin’. The Delivery Man is a cautionary tale reiterating to the assholes of the world that there’s a consequence for everything! It’s angry, it’s honest, it’s vigilante justice.and comes with a kick-ass broad for good measure. What’s not to like? This is a tale that holds a little something for everyone.” - Eva Miller, US Navy veteran, retired Dept. of Defense Police Officer

“Once again, Jon D’Amore’s characters grab us by the throat and never let go. The Delivery Man swiftly becomes a story you won’t want to finish, knowing you’ll miss each of those characters with the turn of the last page. Without question, there are people one should avoid like the plague. After reading this book, you’ll know why.” - Paul Peragine, Attorney, New York, New York

“A fast-paced tale of greed, revenge, crime and punishment laced with D’Amore’s trademark sly humor. The Delivery Man may be his best yet. Romance, mayhem, international spycraft and fake news, it couldn’t be more timely. Put these protagonists together again in a sequel soon!” - Lisa Tracy, author of Objects Of Our Affection and Muddy Waters: The Legacy of Katrina and Rita