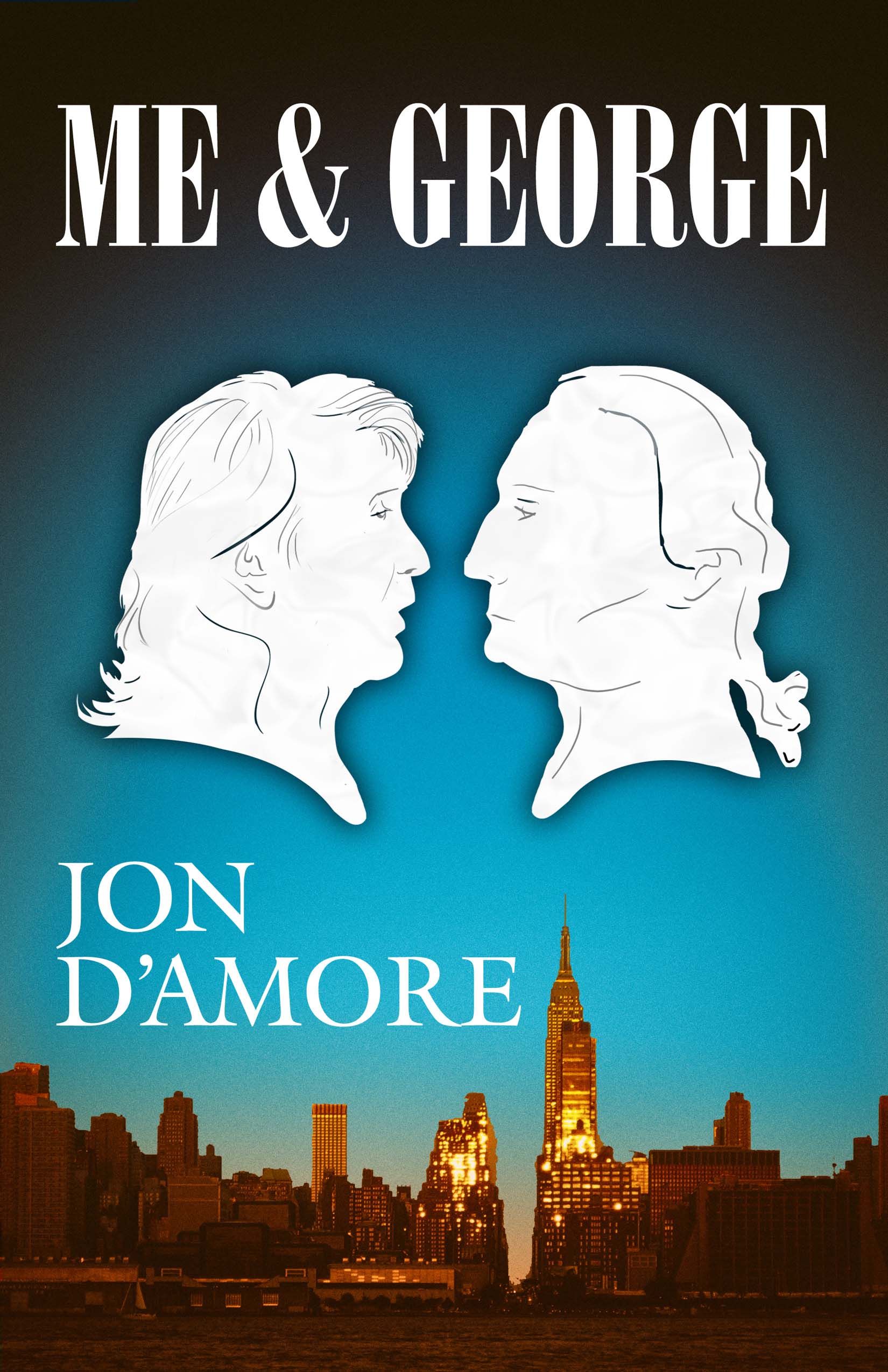 It’s May, 2022. Thirty-four-year-old award-winning science fiction writer, Christopher Ferronti, is at the top of the world. His next book is a guaranteed hit months before its release. Movie studios are knocking at his agent’s door. The author can’t leave his condominium without being recognized.

His twenty-fifth floor penthouse in Fort Lee, New Jersey, faces the Hudson River and the magnificent New York City Skyline. He loves women, and they love him. But it’s creating and writing that makes him the happiest, along with music and the occasional joint.

Returning from a cross-country drive, Chris encounters a storm outside of Philadelphia. His life changes when science and happenstance collide and someone from the late 1700s winds up in his backseat.

What will the author do to prove to everyone he’s not crazy?

He does what every author would do...he writes a book about it.

Don’t wait until you get hit by a bolt of lightning! Get Me & George HERE

Back cover blurbs for Me & George

“Another must-read masterpiece from Jon D’Amore! It’s no surprise, seeing as I found myself unable to stop reading his previous works. Jon has again combined all the elements of great storytelling, and the adventures of this unlikely partnership will leave you craving for more and more. You don’t need to be a historian to fully appreciate what the author has done here. Just be a lover of a well-told tale featuring characters who will, once again, captivate and entertain you.” - BERT BARON, NJ Broadcasters Association Radio Hall of Fame Inductee & WRNJ morning talk show host

“What better place for America’s first president to experience the 21st Century than in the author’s own backyard. Superbly written, Me & George enables the reader to capture the emotions felt by its unique characters, and to view the world through the eyes of a leading figure, a Founding Father, who participated in creating it all.” - BRIAN P. STACK, Mayor of Union City & New Jersey State Senator

“In Jon D’Amore’s mystifying way of compelling us to feel like we’re experiencing the journey with him (he has a way of doing that, you know), Me & George is not a book one will fall asleep reading. This story of wit, humor, history and friendship will keep the reader enthralled...and I’m certain they’ll enjoy reading it a second time even more.” - LINDA L. RUSSO, author of Diary Of A Court Reporter, The Decline And Fall Of The U.S. Empire, and All Is Forgiven: Memoirs Of A Killer